Following 10 years of activity, space was insufficient to meet demand. In 2012, the company took possession of a building in the Portneuf region to continue its production. From that moment on, the company was 100% autonomous, cutting raw iron for folding, process-manufacturing sandblasting, right through to the paint room.

In 2014, Mr. François Robitaille and Mrs. Marie-Josée Roussel joined Mr. Deschênes to meet new challenges. At the same time, the company acquired the REKA brand, which specializes in manufacturing and installing of towing platforms.

The company mission is to develop new products while continuing to excel in what it currently does.

The company’s philosophy is based on the harmony, experience, skills and knowledge of everyone to quickly and effectively achieve its objectives. Building and inspiring a team of people who demonstrate strong skills and determination, allows the company to achieve and exceed its target objectives

At Équipement GD, our stringent quality control policies are such that only top quality products are offered to our customers. Our team is constantly seeking to improve in every way to respond adequately to a growing customer base. The company requires outstanding performance from its employees and engages with them to continuously improve the operation of its quality control system. All this is done with the ultimate goal of fully satisfying its customers.

For nearly 15 years, equipment GD has held the national standard tended by the Ministère de Transport. We are permitted to use and affix the W59 standard on all vehicles coming from our workshops

Satisfaction and customer loyalty are the basic values of Équipement GD. For these reasons, we have a sales team on-site and on-the-road to meet our existing customers as well as new customers.

Sale of parts and equipment for snow removal and towing service

Available to all our customers, we have a snow-removal and towing equipment repair department. Simply contact our Operations Manager and he will be happy to make an appointment.

There are always solutions at Équipement GD, never problems! We keep a comprehensive parts inventory, and our experienced technicians will get you back on the road faster than anyone else.

In addition, our service is second to none and this is all to your advantage! Our superior service is an integral part of our value-added products. 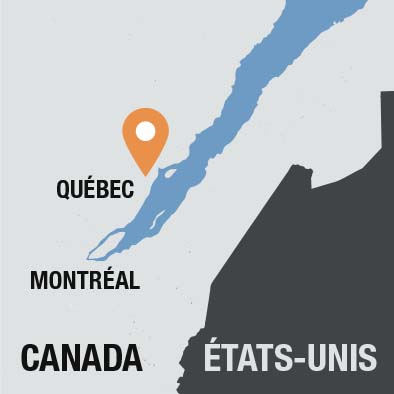